You’ve never had it so bad as bankers cheer ?85k bonuses

Families are paying the ‘inevitable price’ of the financial crisis as living standards slip back to
the levels of six years ago – while City workers celebrate a 50% increase in bonuses.

Bank of England governor Mervyn King warned that wages will end the year worth the same
as in 2005 – a 12% drop in living standards.

He identified inflation as a danger to economic recovery and predicted the rate will hit at least
4%-5% within a few months while confirming the Bank is not planning to change interest
rates in the short term.

Meanwhile City bankers have bragged to a survey that their average bonus for 2010 was
£84,409, with nearly half claiming the pay out was more than they received last year.

King, who was speaking at an event in Newcastle-upon-Tyne, claimed increases for oil and
the VAT hike to 20% were spurring on inflation and the Bank was powerless to act.

“The squeeze on living standards is the inevitable price to pay for the financial crisis and
subsequent rebalancing of the world and UK economies.”

“If the MPC had raised the Bank Rate significantly, inflation might well have started to fall
back this year, but only because the recovery would have been slower, unemployment higher
and average earnings rising even more slowly than now,” he said.

“The erosion of living standards would have been even greater. The idea that the MPC could
have preserved living standards, by preventing the rise in inflation without also pushing down
earnings growth further, is wishful thinking.

“The Bank of England cannot prevent the squeeze on real take-home pay that so many
families are now beginning to realise is the legacy of the banking crisis and the need to
rebalance our economy.” 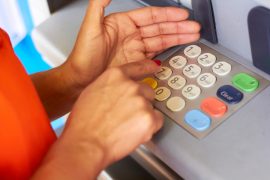