Exporting Pigs to China Could Net £20M for UK 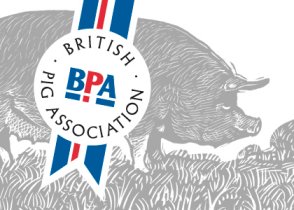 For almost a century the UK has been exporting pigs to China, but a new deal with two East Anglia breeders could yield up to £20M over the next five years. According to the Pig Breeders’ Association, the initial contract is for the exportation of 1,000 pigs which have been genetically bred.

The initial deal is worth some £1.5M but it is anticipated that part of the export agreement will add on so that the figure will at least double shortly thereafter. Chris Jackson, the export promoter for BPA expects that over the next five years, the deal could ultimately be worth a figure greater than £20 million.

Although this particular Chinese client is not from the northern provinces where so much business has traditionally taken place between the PBA and China, it is counted as the fourth in a line of major deals with China just within the past two years.

Since the contract has not been signed and finalised, the exact identity of the two UK breeders is not being divulged, but it appears to be a done deal. This new business is the result of the BPA’s participation in a trade mission where they represented UK pig farmers at the China International Meat Industry Exhibition which had been funded jointly by UKTI and BPEX.

At a time when the UK economy is at a very low point, this deal is all more welcome. It is said that this success is because the UK is the only country in the world that uses genetics in rearing pigs and a welfare system that is amongst the best to be found. Even though Europe has signed onto the programme, they are currently not raising pigs in this way and as British pigs use less feed, they use less land an produce less manure. Hence, a reduction in their environmental impact.