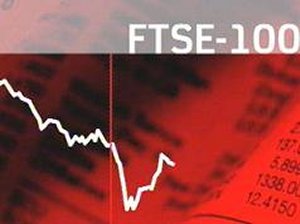 Just when it appeared that the economy was perhaps on its way back to pre-recession confidence, investors find new worries with the high rate of inflation and market volatility. In response, Lloyds TSB conducted a Private Banking survey to analyse investor sentiment.

Of those responding, 44% stated their concerns as being the impact inflation is having on the economy as well as the current market volatility we are seeing in equities. With the past half year of worrisome news from every corner of the globe and the poor outlook for economic recovery, investors are simply reluctant to invest in stocks at this time.

Another 42% stated their sole decision to hold on investing for the moment is the market volatility that has rocked the market bringing it to its current low point. Then there are those who are worried about natural as well as manmade catastrophes, amongst which they pointed to the recent quake and tsunami in Japan.

In all, there were only roughly 25% of investors who felt enough confidence in the market to invest within the next year. In contrast to other European markets however the UK isn’t faring too badly. The DAX.GDAXI is down by 19% while the FTSE 100 has only lost 11% to date.

Even with all the pessimism, there is room for hope as commodity prices are falling which should work towards lowering the speed of inflation and in some way, increase profitability for firms. According to head of investment strategy for Lloyds, Ash Misra, it does not appear to be the dawn of a bear market so they are keeping their monetary policy outlook ‘benign.’