NHS hospitals may not be spending enough on nutrition 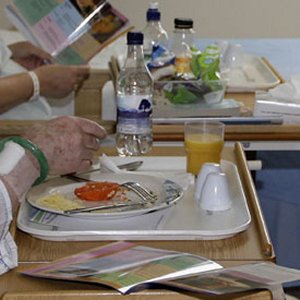 Recently there have been questions arising from poor nutrition on hospital wards yet some trusts are only allocating £2.57 per day per patient for food and beverages. That equates to approximately 90p per meal which some nutritionists say is hardly adequate.

Actually, 10pc of hospital trusts are found to spend less than £5 daily on meals for patients and this has caused an outcry amongst patients’ advocate groups. It is their concern that nutrition is being ignored in an effort to save money.

During the period between 2010 and 2011, data from 350 NHS primary care hospital trusts indicated that there are huge disparities between what each trust allocates for patient meals. Some provide as much as £20 per day whilst others say that their budget is perhaps only 10pc of that.

Amongst those hospitals with the lowest hospital meals allocations were those in Western Sussex that reported £2.57 per patient per day. Quite a few trusts reported less than £1 per meal daily whilst others such as Harrow (in NW London) reported spending £2.75 per meal per patient. All these figures are going down as time goes on and this is why patients’ advocate groups are up in arms.

During the past year there has been a great deal of concern over the quality of care within the NHS, especially amongst elderly patients, and this is just adding insult to injury. Now the NHS watchdog is doubly concerned that patients are not getting proper care and their nutritional needs are not being met in the name of austerity.

This information is said to be what prompted the warning this past week from David Cameron. On the record, it is estimated that 200,000 patients are being released in a state of malnutrition. The estimate is that 10,000 of those became malnourished whilst in NHS hospitals.