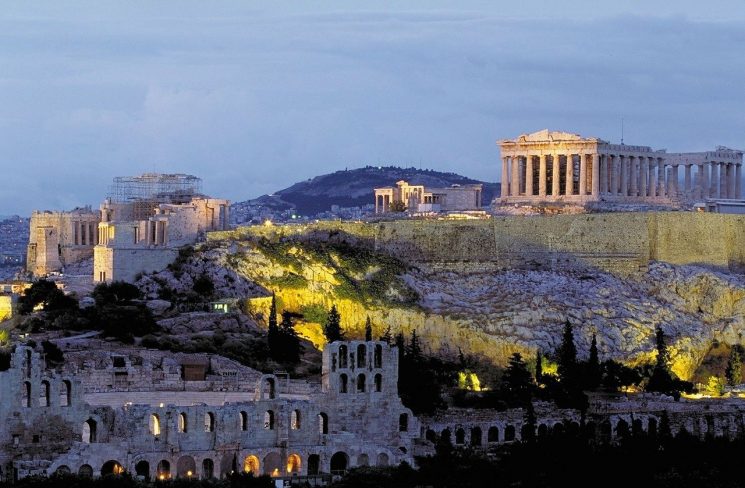 Greece is one of the most outstanding countries when it comes to its historical and cultural heritage, its climatic conditions and the beauty of its landscapes. It is deservedly called the country of olive groves and luxurious beaches; leading travel agencies rightfully consider it one of the most beautiful places in the world. Greece is also recognized as the state with the best climate on the planet – the summers are hot and dry, and the winters are mild and humid.

Also, the country has a well-developed health care system, a low crime rate, an excellent cuisine, and a favorable ecological situation. But in terms of the economic situation, the status of the country is ambiguous due to its large external debt and the crisis: the level of wages is unstable, the amount of benefits for different segments of the population, including for immigrants, has been reduced and it is at a minimum for 2021. Therefore, when looking at houses for sale in Greece, it is important to take into account the peculiarities of living in a particular locality.

Important: due to the ups and downs that the real estate market experienced in 2020 due to the coronavirus pandemic, the TOP-5 cities in Greece for residence presented is based on data for the last months of 2019, when the situation was stable and external shocks did not distort the overall picture. Take this information as a reference while also accounting for the current restrictions (lockdowns and other measures).

1. Athens: the visiting card of the country

The TOP is opened, as expected, by the capital of Greece – Athens, the cultural, economic, commercial, maritime and political center of the state. It is a city with a great historical heritage; about 655,000 people live here.

– The housing market in the capital is well developed – the sale of apartments in Athens is one of the most active in the country, the choice of properties is ample.

– Moving to this Greek city for permanent residence is much easier than to others.

– The educational system is well-developed here.

– The average salary is about 1,500 euros, the minimum wage is 450 euros/month. Qualified specialists receive an average of 2,500 euros.

– Tap water is of very high quality, you can drink it without boiling it first.

– The border point – the capital of Greece is popular with tourists all year round. On the one hand, this is an opportunity to make money on the rent of housing without seasonal disruptions; on the other, you have to bear constant noise and crowds.

– The busy life of the metropolis and the crowds of tourists are not suitable for everyone; the transport system is often overloaded.

– The ecological situation is not the most favorable, smog appears quite often.

– It is not always easy to find a job, especially without knowledge of the language and high qualifications – many come here to work both from different cities in Greece and from other countries. The main areas in which you can work are trade, the service sector, tourism and, accordingly, renting out real estate (rent for a studio starts at around 500 euros/month). Also, many work in industries such as food, chemical, metallurgy.

Apartments and houses for sale in Athens have high prices, and are often, frankly, overpriced. The cost of products is also rather high.

Tip: when choosing housing, pay attention first of all to sleeping neighborhoods, for example, Smyrna.

Despite the fact that Thessaloniki is the second largest metropolis in the country, the population here is half that of the capital: about 325,000 people. The suburbs are developed, there are several satellite cities (if you count the population with them, it turns out to be more than 1.1 million inhabitants). There are also many cultural objects.

– More temperate climate: Thessaloniki is located in the north of Greece, on the shores of the Aegean Sea, it is easier to adapt when moving. In summer, temperatures don’t go higher than + 25-30°?.

– The ecological situation is many times better than in the capital, despite the fact that the city is also a commercial and industrial center.

– The education system is also well-developed, like the rest of its infrastructure, especially with regard to transport links: Thessaloniki is connected to many European cities.

– The average salary level is slightly lower than that of Athens, but still high – from 1,200 to 2,000 euros/month. Finding a job here is a little easier than in the capital.

– Renting a studio will cost you from 600 euros/month.

– This is not a resort town, so it is unprofitable to consider this part of Greece as a source of passive income in the future from renting out to tourists. Over time, though, properties can be resold to those who are looking for housing in Thessaloniki for themselves.

– Gas prices are high – it is not always profitable to have your own car. Many people use bicycles for which there is a good transport network in the city.

– Finding a high-paying job is not always easy.

Tip: if you are interested in Greece property, pay attention to the western part of Thessaloniki – here you can buy new properties for less than in other parts of the city. Prestigious housing is concentrated in the eastern part, but prices are twice as high.

3. Heraklion: the benefits of living on Crete

The number of people who want to buy real estate in Crete has not decreased over the years – these places, including the city of Heraklion (the capital of the island), are famous for their magnificent landscapes, urban sights and cultural attractions.

Some of the pros of moving here:

– A pleasant sea climate without drops (up to + 20-30 ° ? in summer), and an excellent ecological situation.

– The housing market is well-developed, but not as dynamic as in the two previous cities – it is not always possible to buy real estate in Crete, including Heraklion, that meets your needs – the offer is rather limited. For example, villas and townhouses prevail here, you need to look thoroughly for other forms of housing.

– The local infrastructure is well-developed.

– You can rent a house long-term here from 200 euros/month (for short-term rentals prices are higher).

– Finding a job in Heraklion, like in other places on Crete, is very difficult, many times more difficult than on the mainland. Immigrants are usually employed in the fields of entertainment and tourism or services, but the competition is high.

– The economy of Heraklion is highly dependent on tourist activity, the standard of living is not uniform due to seasonal fluctuations in income. You will need a safety net, for example, with remote employment.

There are some goods you cannot just come and buy – many of them are brought to Heraklion from other settlements, you have to wait until the order is delivered. At the same time, prices for technical equipment and clothing are high.

– Education can only be obtained on the mainland.

– Transport links to the mainland are only by air or sea (Heraklion has an international airport).

Advice: moving permanently will be much easier if you buy real estate in Crete or have the necessary amount on hand.

4. Rhodes: a resort town with its own atmosphere

Rhodes is a city that dominates the island of the same name. Many are captivated by its beauty and comfort.

– It is clean, beautiful, with well-maintained streets and stunning landscapes.

– The climate is mild, the ecology is excellent.

– The transport network is good – buses and taxis travel around the island.

– It is not difficult to find a permanent job, but it will mainly concern fishing, agriculture and other low-skilled labor. And, of course, tourism.

– The real estate market is well-developed, but you will not find houses above 6 floors in Rhodes.

– The cost of living is generally lower than in the previously listed cities.

– The health care system is well-developed, medical care is free.

– Entrepreneurs are investing in restaurants and hotels, a niche in Rhodes that is not overflowing yet.

– The main source of income for the inhabitants of Rhodes is tourism, so the level of earnings is heterogeneous.

– The level of earnings in the fishing and agricultural industries is low – a maximum of 1,200 euros.

– The cost of renting a 1-room apartment per month goes from 400 euros.

– Access to the mainland is possible only by sea.

Tip: if you want a busy life, settle in the Faliraki area, with an abundance of nightclubs; if you are looking for peace and quiet and a good rest, choose the areas of Haraki, Pefki, Lindos.

5. Larissa: a calm life in the bosom of nature

The city of Larissa is the choice of those who want to settle away from noisy megacities, but have access to all the advantages of the civilized world. It is home to about 140,000 people – it is a significant transport hub, as well as an economic and industrial center of the country. It is also considered a center for mountain tourism. The city is located in a valley on the picturesque bank of the Pinios River, there are many attractions here.

Some of the pros of moving here:

– Despite the small number of inhabitants, the local infrastructure is very-well developed.

– The city ranks first in Greece in terms of the number of green spaces, the ecology is excellent, there are many landscaped parks and recreation areas. This is a great place to live with your whole family.

– The transport situation is not bad – there are several large autobahns next to Larissa. In the suburbs of an international airport, Europe can also be reached by train.

– Prices for everything are several times lower than in Athens.

– The huge coastline stretches for 50 km (about 20 beaches in total).

– It is possible to find a job if you know the language and have the appropriate education, vacancies are offered mainly at food, textile, agricultural facilities.

– The average income is about 950 euros. But given the low cost of living in the city, this is quite enough for a comfortable life.

– The temperature difference between summer and winter is noticeable – from heat to frost with snow.

Where is it better to settle – on an island or on the mainland, in a big or a small city?

Small settlements mean lower prices for housing and various goods, less aggressive competition in the labor market, a lower crime rate and an excellent environmental situation. At the same time, infrastructure is less developed in small towns, development is slower, the range of services is limited, immigrants stand out against the background of the local population more than in megacities.

The islands also have their own nuances – during the off-season there is almost no work, the cities are half-empty, many residents move to the mainland during this time, and it becomes difficult or impossible to find many goods and services with the outflow of tourists.

Choose a city in Greece wisely, and your move to this sunny sea country will only bring joy. 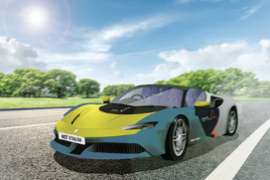 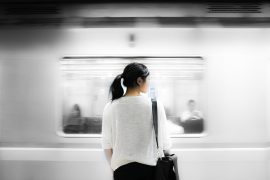 How to spend your commuting time more wisely 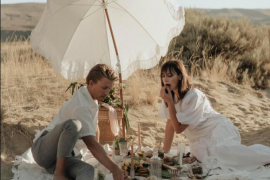