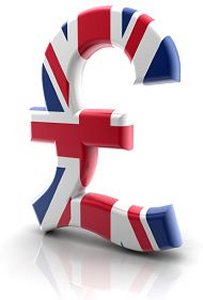 There is mixed data coming out in regards to the state of economic health in the UK, but some key indicators point to the potential for growth in the coming year. Being the Queen’s diamond jubilee year and the same year that the Olympics will be held in the capital, there just might be a chance that the economy will get the boost it has been looking for over the past couple of years.

According to leading economists, the economy may indeed be looking up based on better than expected news from various sectors of the market. Within the past month exports have risen, the monthly take on taxes has also risen and high street spending is up as well. These all appear to be positive signs that the economy is on an upward swing once again however there is also some amount of skepticism amongst economists.

Because export orders have been up as well as output across every sector except for construction, it appears that the fear of a double dip recession is receding. On the other hand unemployment is still highly and oil prices are still rising which isn’t altogether promising. Then, spending cuts in the public sector could also work against economic recovery.

There are also some very real fears in regards to the euro crisis being over. Some economists believe that taking the Greek coalition at their word may be a bit foolhardy at this point. Whilst it is true they signed the agreement that put an end to two years’ of consternation, the world will need to wait and see whether or not they honor this agreement.

On the positive side, the much predicted crash in the housing sector has not happened and banks have been able to boost their reserves. Although some areas of the UK have seen the prices of real estate drop, in many areas, especially London, prices are even higher than before the crisis of 2008-09. With an increase in reserves, UK banks should now be better able to withstand any further shocks. Fears of a double dip recession may be abating but economists warn the potential is still there.