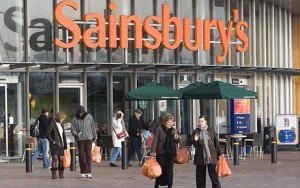 Chief executive for Sainsbury reported that the company experienced a strong quarter which ended up in their best Christmas on the books to date, even though the economy in the UK was extremely sluggish. Amidst worries of a double-dip recession, shoppers showed a lack of confidence and many scaled back Christmas purchases amongst high street stores, but found good deals at supermarket chains enticing enough to treat themselves over the holidays.

In Sainsbury stores which were open for business at least one year realised an increase in like-for-like sales compared to the previous year which was up 2.1%. However, after VAT and sales tax were factored in the rise rounded off to 1.2% which is still a hefty increase. When compared to the figure analysts had predicted, 0.9%, this was a good showing during these trying economic times. After this information was released, market shares rose by 1%, a sign of market confidence in Sainsbury.

Much of this success was due to Sainsbury’s best ever Christmas which saw 26 million shopper transactions during the week and this figure was up approximately 1.5 million over Christmas week 2010. The Telegraph shows that other big supermarket chains had disappointing holiday sales. They cited Morrison with an increase in like-for-like sales at only 0.7%. As a leading rival of Sainsbury, Morrison found that shoppers where being frugal and they saw consumers purchasing sparkling wine for the holidays as opposed to the traditional drink, champagne.

It was not just the grocery department at Sainsbury which saw an increase in sales, but Christmas gifts such as televisions, clothing and games saw a rapid rise as well. In fact, non-grocery items rose faster than groceries which is a big part of the reason for their record breaking holiday sales. Sainsbury also saw their online grocery sales increase by as much as 20%, which added to what they are touting as their ‘best Christmas ever.’