Italy downgraded by S&P whilst market braces for aftershocks 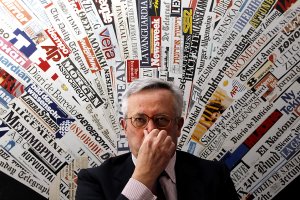 Yet another country has succumbed to S&P’s recent string of downgrades and Italy is now down from A+ to A. Financial markets around the world are preparing for more turmoil after the news of Italy’s downgrade was released late Monday 19 September.

This was not good news, particularly on a day that saw markets shutting down over renewed concerns that Greece would be the catalyst for a debt crisis in the eurozone. Italy, with the second largest debt load in Europe is said by S&P to have the largest amount of sovereign debt amongst all the A rated nations and the rating agency expects the debt load to peak at a later date, and higher than had previously been forecast.

According to a statement released by S&P, Italy’s prospects for growth and recovery are becoming weaker by the day and the rating agency fully expects that the policy differences between coalition parties will delay decisive responses to both domestic as well as external macroeconomics.

To show just how poor S&P feels growth will be in Italy, they now forecast that in a three year period from 2011 to 2014 the growth rate will only be .7% whilst previously they had forecast that to be 1.3%. In response, the Dow tumbled by 70 points after hearing this news.

This news is adding to the risk that Greece’s expected default will spread debt crisis not only throughout the eurozone but around the globe as well. Many economists are now more adamant than ever that a double dip recession is just around the corner.

There is every reason to believe that Greece will indeed default as they warned that it was only weeks away unless and equivalent to £7 billion was released by the troika. This is just a part of the original rescue fund. With creditors wary that Greece will not cut spending and another European country being downgraded, fears of a new recession appear to be well founded.