In his upcoming Budget, Chancellor Osborne is being advised to throw out the green tax, according to consumer watchdog Which because the environmental tax is adding at least £500 million to the cost of energy in already financially burdened households.

The executive director of Which? wrote to the Telegraph to describe what he calls an ‘unnecessary burden’ on customers that in the end will do absolutely nothing of any good for the environment. It will certainly raise more taxes but that will be at the cost of the consumer not the companies because they will then need to raise prices accordingly to cover the penalties.

It was the hope of government when instituting these levies that companies would be incentivised to reduce their carbon emissions. However, it is often cost prohibitive to do so and when they are unable to institute changes, the penalties imposed on them further reduces profits. This is where Richard Lloyd of Which? feels the problem lies. He notes that government is, in effect, issuing a blank cheque to cover the cost of fighting climate change and this is at the expense of consumers. Lloyd goes on to say that government does not have the right to do this.

The whole issue stems from the price floor which is being set. Companies in the UK will be assessed a minimum amount to be paid for greenhouse gases they emit. This is in accordance with the EU’s rules for emissions trading. However, none of the EU countries are subjected to a price floor which watchdog groups in the UK find to be unfair.

Whether or not the Chancellor will address this issue in his Budget is anyone’s guess, but according to Which? it is something which will save UK consumers hundreds of millions of pounds annually from unfair electric price increases. 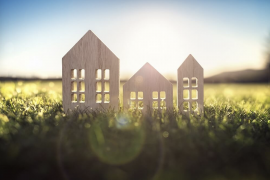